The SFP/SFP+ transceiver standard has generally been well received because it makes it possible for a single unit of networking hardware to support so many different cabling standards. This means instead of opting for a completely new switch to replace one that cannot handle different types of cabling or connectors, all you need to do is to attach an optical transceiver.

This is a simple and foolproof strategy. The only issue with this is that there are a number of different SFP transceivers in the market, from companies such as Cisco and other top brands. Even networking professionals have to refer to tech sheets to make establish which of them works best for a given application..

Understand how the Cisco SFP-GE-T and GLC-T SFP Formats differ from each other.

Ostensibly, both the formats are very similar to each other, and are pretty much interchangeable.

They have the following similarities…

What this goes to show is that they are both Gigabit Ethernet SFP ports. They work very well with most standard GbE cabling. This means that for over 99 percent of network operators on Cisco, you can use any of the two formats without any problem.

So, to repeat the question, what’s the difference between Cisco SFP-GE-T and GLC-T SFP Formats? There is only one big difference – the SFP-GE-T is compatible with the NEBS Level 3 standards, while the GLC-T SFP format is not.

NEBS (Network Equipment Building System) refers to a set of standards used for developing networking equipment that is fully capable of withstanding a number of different environmental stresses.  NEBS is associated with telecom companies as well as with other high-level service providers.

NEBS Level 3 SFP transceivers can be described simply as “ruggedised-lite.”  These transceivers handle many stresses and have a very low chance of failure. They are hence considered more reliable and used for very important applications.  The only issue is that the NEBS-ready SFP-GE-T Cisco Transceivers cost more than the most common alternative, GLC-T. 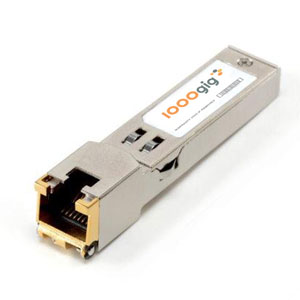 Is it necessary to buy SFP-GE-T Transceivers?

No, not at all! In case you are dealing with a large company such as a telecom company which asks for NEBS compliance, you can be sure that they will inform you about it beforehand.

Generally, NEBS only offers protection for problems that occur very rarely, such as when there is a natural catastrophe like an earthquake or a fire. But if such a thing was to occur, you will have other more important things to worry about than whether your SFP transceivers work or not! For most networks, you can do just as well with GLC-T transceivers for your Gigabit Ethernet requirements. These transceivers are the most cost effective.